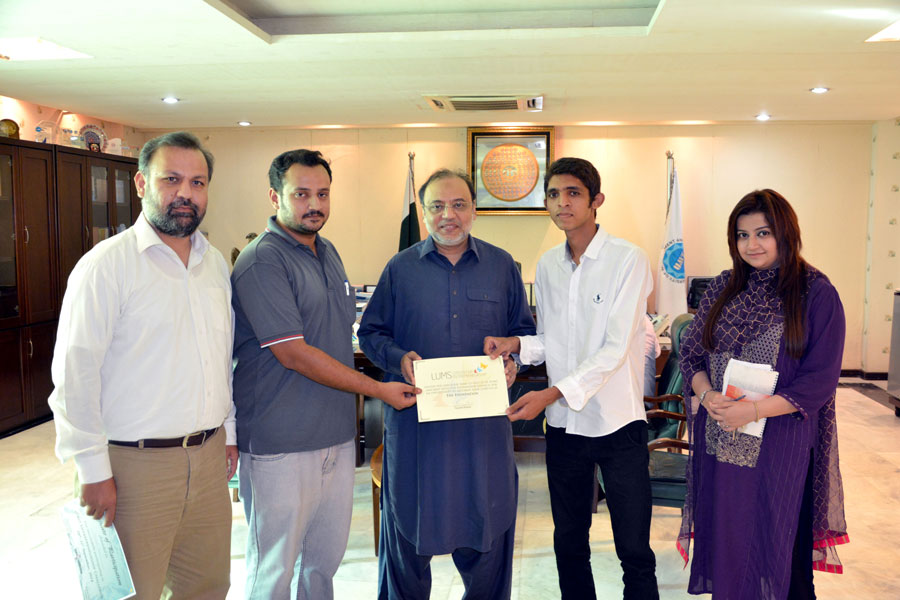 Once again CENTIN’s efforts have been acknowledged at national level in the area of entrepreneurship as 2 out of 4 teams from UMT have been offered a place in the Incubation Center of LUMS in LUMS Entrepreneurial Challenge held on September 21, 2014. A total of 17 teams from prestigious universities including PIEAS, UMT, NUST, FAST, GIKI and LUMS participated in the 2-day competition.

After being shortlisted in the first round, UMT teams performed well in the tough and challenging second round, winning 3rd and 4rth positions. AUTO GENIE (Hamza-BBA 2nd semester and his team) which ranked third is one of its kind venture in Pakistan and was acknowledged by the judges that it’s Pakistan’s 1st Virtual Automotive Maintenance Portal.; long term financial projections fascinated the judges. After 5 years this venture could give us minimum 6 Million PKR per annum with continuous gradual growth and more importantly this model serves a need of masses. Target market is broader. Investments are minimum.

Other idea was a fuel saving kit (Ammar -BSc. Industrial Engineering graduate and his team) using hydrogen cell meant diesel generators. Their idea was especially liked by judges and they are hopeful to provide support for this project at LUMS.

LUMS has offered the following benefits to both teams:
–  Stipend (20k each member) up to 4 months in return of 7.5% equity in their ventures
–  Mentor-ship and Marketing Assistance without any fee.
–  All other services which are included in Incubation Program.

A special thanks is in order for Dr Hasan Sohaib Murad and Dr Ruskhsana Kalim for their moral support The technical support provided by Rashid Hussain, former  Director CENTIN, Dawood Butt and Hammad Mushtaq is gratefully acknowledged.. Throughout the process, Sundus Nazir helped and guided the students and gave golden tips to all groups using her 4 year successful experience at CENTIN.